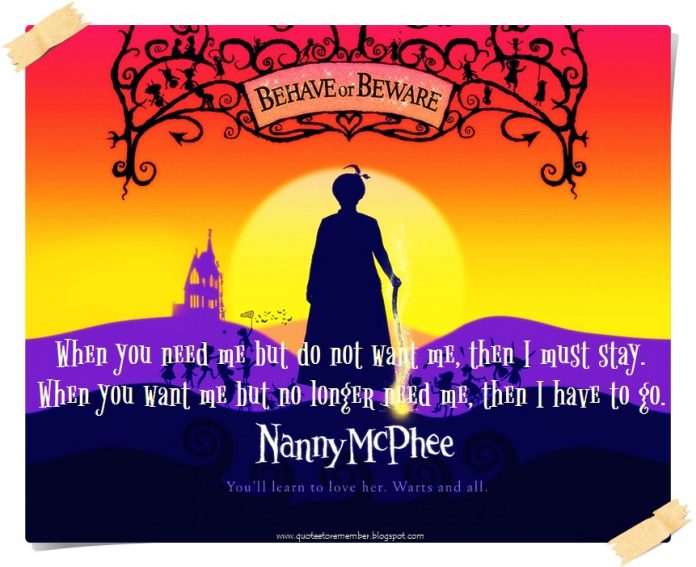 Written by Emma Thompson, who also stars in the titular role, Nanny McPhee is a story of a widowed father of 7 unruly children. Adapted from the book Nurse Matilda, and released in 2005 with a running time of 97 minutes with a PG certificate. The film also stars Colin Firth and Angela Lansbury. in 2010, the sequel Nanny McPhee and the big bang was released.

The film was co-produced by Working Title Films, who also produced Love Actually. So it’s no surprise that they reunited Emma Thompson, Colin Firth, Adam Godley and Thomas Brodie-Sangster (who played Sam).

Is Nanny McPhee suitable for kids?

The film is suitable for children over the age of 5. There is some toilet humour, with words like poop and bum. The father is an undertaker so there are scenes in a mortuary, but some kids may find Nanny McPhee’s appearance scary. You can gauge this with how they react to witches at Halloween.

The kids’ behaviour throughout the movie could be a bad influence. They pull pranks and tricks on adults, including the long-suffering chef and a host of nannies. This is home alone style.

The Plot of Nanny McPhee

The film is set in 1860’s in Victorian England and focuses on the lives of widowed undertaker Cedric Brown (Colin Firth) and his seven unruly children. As the father works tireless for his kids, they systemically drive out 17 nannies in succession. with bad behaviour and pranks. They constantly torment their cook, Mrs Blatherwick (Imelda Staunton), and are closest to scullery maid Evangeline (Kelly Macdonald).

During a storm as the children cause chaos in the kitchen, a mysterious figure arrives and a hideous looking woman with a big tooth and warts arrives. She announces herself as Nanny McPhee, a Government Nanny. She tells the children that “When you need me, but do not want me, then I must stay. When you want me, but no longer need me, then I have to go”

Of course, she is no ordinary nanny, using discipline and a little magic to transform the children’s behaviour and the house. And each time the kids learn a lesson, she becomes more beautiful. Slowly her warts, long tooth, and unibrow disappear. And her oversized nose shrinks and her hair changes colour. In time she makes the children responsible, and herself less needed.

Living in a big house with 7 kids is clearly a struggle on an undertakers wage, and the children’s late mother’s aunt Lady Adelaide Stitch (Angela Lansbury) is financially supporting them. She arrives and demands one of the children and Evangeline pretends to be one of the daughters to be taken instead. She threatens Cedric that if he does not remarry within a month, they would lose the house and split up the children into care.

In desperation, Cedric woes Mrs. Selma Quickly (Celia Imrie) who the children don’t take too. In response, she breaks baby Aggie’s beloved rattle which was their only connection to their late mother. The children return to their naughty behaviour to ruin the wedding and start a food fight, with their father joining in as the marriage is cancelled.

With Aunt Adelaide’s seemingly lost, young Lily asks the maid Evangeline if she loves Cedric. She confesses she does, and Cedric has always reciprocated so they marry instead. Nanny McPhee’s magic transforms the wedding scene and restored the broken rattle.

She stands to her words on her arrival, and leaves for good as she is no longer needed.

Where are the kids of Nanny McPhee now? 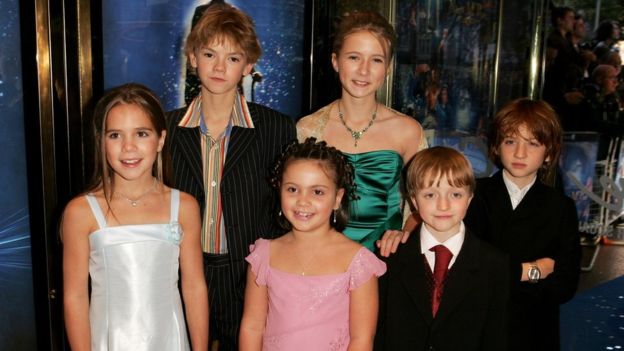 With the sequel being set many years later, none of the actors appeared in it, but what happened to them afterwards?

Thomas Brodie-Sangster is arguably the most famous of the Brown child actors. In 2009 he gained rave reviews playing Paul McCartney in Nowhere Boy. He is probably most recognisable for his role of Newt in the Maze Runner film series, or as Jojen Reed in Game of Thrones.

Eliza Bennett’s turn as Tora Brown is possibly her most recognisable told but the actress was also in Inkheart and From Time to Time, and has drawn plaudits for her musical theatre performances in Loserville.

Raphaël Coleman quit acting after playing Eric Brown, changed his name to James “Iggy” Fox, completed a seven-year degree in Zoology, and became a climate change activist with Extinction Rebellion. Tragically, earlier this year he collapsed while jogging and died at just 25 years of age.

Jennifer Rae Daykin followed her Lily Brown part with a small role of Catherine Tate Show and focused on her studies.

Samuel Honywood played Sebastian Brown, and is now a DJ

After her role as Christianna Brown, Holly Gibbs joined the cast of The Story of Tracey Beaker, and went on to study art at Central St Martins.

How to Prevent Covid Infections at Your Nursery